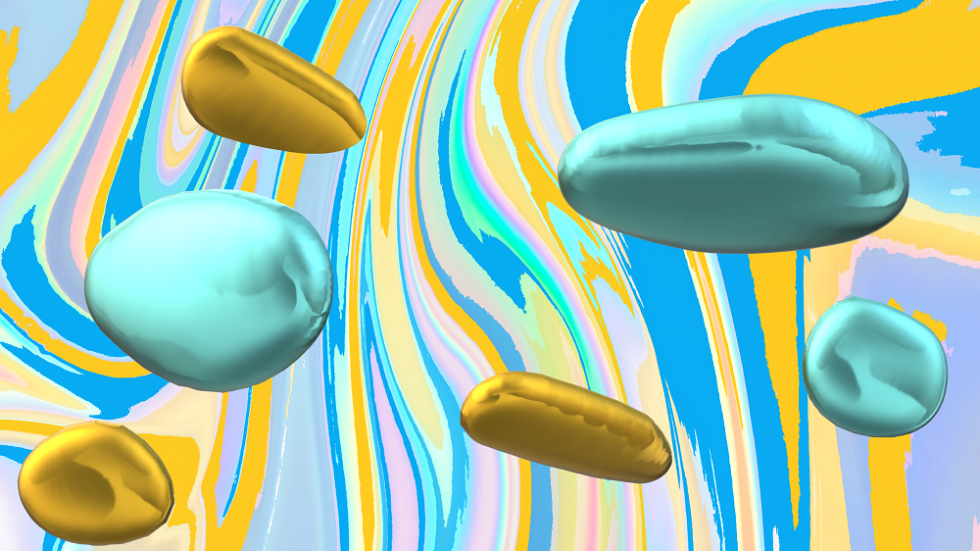 You are told that your body inevitably ages and degrades, “What do you want at your age?”, and tries to tune you to the old weak human.

But we’re telling you – DON’T BELIEVE!

It doesn’t matter how old you are or how severe your illness is. The human body can regenerate! And it’s because of the ability of your brain to change.

Yes, yes – your brain is flexible, plastic, and we would say “obedient.”

In contrast to the old belief that the brain degrades, a new direction in medicine is neuroplasty, which proves the opposite – the brain and the whole body can regenerate at any age.

We, Erica and Peter Anton, work in the field of health, but we are not psychics. We do not strengthen the organic field, we do not cleanse the chakras and do not predict the future. We help people recover based on a scientific approach and the latest discoveries in neurobiology.

We attend scientific conferences and seminars every year to keep updated of the latest scientific discoveries in the field of health.

We were outraged when, after scientific conferences in neurobiology, we looked on the Internet – what is written there about neuroplasty? Neuroplasty, neurobics, neurography, and more with the suffix “neuro” … It all has nothing to do with real neuroplasty as a medical field.

For almost 400 years, there has been a medical belief that nerve cells die and do not regenerate. It was previously thought that the brain begins to degrade at puberty. In addition, after a brain injury or hemorrhage, the brain will never function as before. Such is brain destiny.

However, the discoveries of recent years, thanks to non-invasive technologies, allow you to look into the living brain and observe that the brain regenerates with special tasks! It has been shown that the brain, as a command post, can restore health to the whole body – restore joint mobility, strengthen the back, have a beneficial effect on the glands, the functioning of internal organs, and, quite amazingly, “turn on” or “disable” certain genes.

Most importantly, you need to understand that the brain can’t regenerate itself – it needs a stimulus, an external irritant. This stimulus must act regularly through a sensory system to form new neural ensembles in your brain.

We developed neuroplastic techniques, which were also highly valued by biotechnology specialists from Hong Kong.

Non-plasticity through the visual sensor system.

Twenty-five years after observing the pathologies of the human body, Erica created her own healing system – color codes that restore the cells of organs and tissues. By looking at certain colors in the RGB system, in a specific sequence and interval, the human brain sees the Health Code. The epiphysis converts colors into electromagnetic waves, then releases the appropriate hormones and begins recovery.

Visual exposure is a very powerful treatment, as from a physiological point of view, a person perceives 80% of information through vision.

Exposure through hearing is known, but we paid close attention to it.

Neuroplasty through the auditory sensory system.

What happens in the body during vibroacoustic therapy is called sonoluminescence, or the Wortington effect.

The double helix of DNA, the X-chromosomes, the spine with its wavy body curves, the micro and macro structures of the body receive phonons (at the quantum level of sound) through an acoustic corridor and convert them into light, photons, i.e. energy. Due to the cavitation processes in various body fluids, the human body begins to produce the extra energy needed for the body to recover. Sound turns into light – the body’s self-healing begins.

Special sounds, a specific sequence of these sounds, and the mode of play causes the organs to vibrate in the health range. The human brain, on the other hand, is reprogrammed for recovery during playback, and without medication. It’s not a mystique – it’s neuroplasty, it’s quantum physics.

According to Hong Kong scientists, vibroacoustic therapy first destroys disease structures and then restores nature’s health code. This is especially effective in chronic as well as incurable diseases, which the patient’s body has already begun to perceive as normal.

Peter has developed 31 recovery programs with bass clarinet sounds for various body systems, all internal organs and parts of the body, as well as individual tissues such as brain, bone and fat tissues, joints, bones, connective tissue and cartilage … Even slimming is special vibroacoustic program.

In classes, the sounds of Peter’s bass clarinet heal the spine, immune system, joints, internal organs, blood composition and much more. Listeners noticed that many improved their sleep after the first session, stopped back pain, loosened muscles, and lost movement restrictions in their arms and legs.

Peter also revealed that a person can recover if he pronounces special healing sounds – phonemes. Course participants physically felt that the healing phonemes vibrate the spine and internal organs in health vibrations.