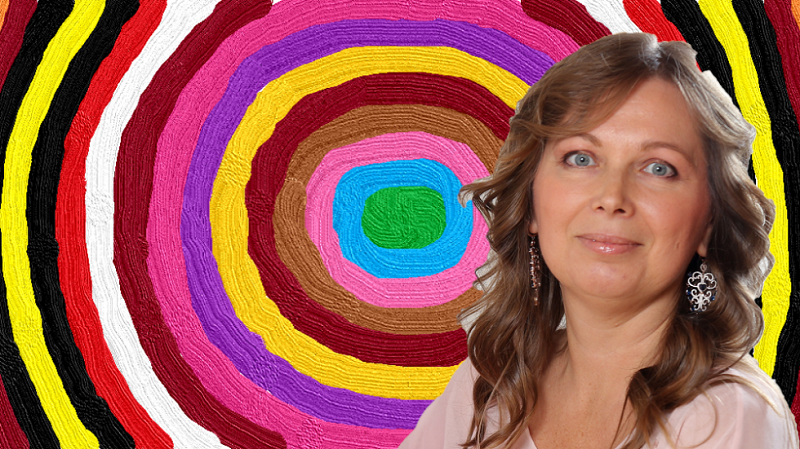 Biomatrix is ​​a revolutionary recovery system invented by Anton’s couple from Latvia. Erica and Peter Antons have been working in the field of alternative medicine for thirty years.

Why, despite treatments, medications and procedures, do many people not recover and are forced to live with their pain for the rest of their lives?

All patients who do not respond to treatment have a coding ban in their brains. The synesthetic therapy developed by the Anton pair removes the ban on recovery and the signal of diseases in the brain. The body’s self-regenerative mechanisms will be activated and the person will start to recover without medication.

Until this is done, until the brain is reprogrammed, all other recovery measures will not produce lasting results or help at all.

You exercise, but the pain and discomfort only get worse … You take painkillers, but the medication works less and less … Anti-inflammatory drugs and procedures do not give relief … You walked various specialists, even healers, but did not get healthy. .

If nothing helps anymore, then, according to neurologists, your brain has learned to be helpless. Taught helplessness is a medical term. This means that the brain does not allow you to recover despite your efforts.

If you are disappointed in medicine, looking for another way to recover, want to become independent of medication and doctors, Erica and Peter’s Synesthetic therapy can be your chance for recovery.

Synesthetic therapy is a methodology based on the latest discoveries in neuroplasty. Neuroplasty – a new direction in neurophysiology, which deals with reprogramming the brain. Neurophysiologists have found that the body itself does not need to be healed – the areas of the brain responsible for the part of the body to be healed need to be stimulated.

THE BRAIN CURES ANY DISEASE

The brain is able to completely cure many diseases of the body. However, in some cases, it can only reduce the symptoms of the disease: this is a very serious disease, such as autism, multiple sclerosis and other organic brain damage.

YOU DON’T HAVE TO BELIEVE

“If someone says that his method only helps if you believe it, then it’s a scam,” says Erica, because she’s a lawyer by training.

Treatment should help without faith. To rule out the effect of faith, Anton’s couple also tests their methods on animals: horses, cats, dogs and other pets. For example, the dog was cured of spondylosis within a month, which was confirmed by X-rays before and after the synthetic treatment. The cat, which did not eat for three weeks and lived only as a result of the injections, began eating on the second day after the aesthetic therapy and recovered completely within a few weeks. There are also good results in the treatment of horses.

“As for alternative medicine, my husband was” unbelieving Tom. ” But prostate cancer made him try Erica and Peter’s synthetic therapy because doctors said the tumor was inoperable. Every day my husband watched the color codes and listened to healing sounds, although he said that he did not believe it at all. No other preparations were used. After a month, the markers of oncology were already much lower. After another 2 months – almost normal. Half a year passed – my husband recovered completely. Doctors said, “We do not know what you did there, but continue.” Now my husband only has to do a preventive check every month. Thanks, Dzintra. ”

It can be described in a few words as Anton couple’s Synesthetic therapy. Light, sound and vibration are the main stimuli of the brain. Exposure occurs through various sensory systems. Light (colors) – through sight, sound – through hearing, and vibration … incredibly – through the tongue!

The base of the tongue is only five centimeters from the brainstem. By acting on the tongue with special vibrations, the signal is received by the brain stem, which in turn transmits the signal to the brain and the autonomic nervous system. The nomadic nerve begins in the brainstem, which regulates the activity of all internal organs. The brainstem also regulates biorhythms, and in cooperation with the brain, movement and coordination.

Recovery programs, which you can study in person or in person at https://synesthetictherapy.com/, consist of three parts:

acoustic part – you need to listen to the healing sounds that Peter plays on the bass clarinet;

Vibration section – You need to pronounce special phonemes (syllables) that will make your tongue and brain stem vibrate. For now, you can only learn phonemes through face-to-face courses.

“I discovered an oncological process in the blood and lymph. The diagnosis was not yet clear, but the manifestations were already swollen and neoplasm of the groin. Listening to the sounds of Peter’s bass clarinet, I had a physical feeling that something was vibrating in me. Miracle, but the sonogram showed that the tumor in the groin had disappeared. I continued to heal myself with the blood of Erica’s runic formula. After a short time, the analysis showed that my blood cancer was gone. Many thanks to you both! Ilze ”